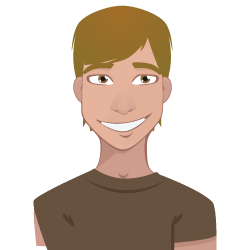 Everyone knows the basics of good dental care. Brush your teeth after every meal, floss every day, see your dentist at least twice a year. It sounds simple. But what if you still don’t have strong, healthy teeth? Weak enamel can be a genetic weakness, or it can be caused by other conditions, like Celiac disease. I’ve always had weak enamel, so I started looking into ways that I could increase the strength of my teeth, and found that dietary changes could make a big difference. I started this blog to share my experience, and to talk about other ways you can make your teeth stronger and healthier. There are lots of things that you can do to improve your dental health. You just have to find them.

While most people don't enjoy going to the dentist, there are others whose fear is so great, they actually suffer anxiety from it. While sedation is not a new procedure, sedation dentistry is not well known to many people, and some might wonder exactly how the dentist can help you relax. Sedation dentistry works in a similar manner to how a doctor will sedate you during surgery. However, for the most part, you will be awake except for certain circumstances.

Here are a few methods dentists use to sedate you.

Inhaled sedation is a minimalist sedation method that uses nitrous oxide, otherwise known as "laughing gas" to relax you in the dentist chair. A mask is placed over your nose and mouth, and you breathe the gas in slowly. The gas helps you to relax but doesn't put you to sleep completely. The dentist is able to control the amount of gas you receive, and it does wear off pretty quickly once removed. It is usually possible for you to drive yourself home after this procedure.

Oral sedation can be either minimal or moderate depending on the strength of the dose given. You will be given a pill, typically the medication Halcion—a similar type of medication to Valium, about an hour before your dental procedure. The medication is designed to relax you and even make you sleepy, but you will remain awake during your appointment. A moderate form of oral sedation has been known to put people to sleep during the procedure, but usually, people are able to be awakened fairly easily. Since the sedation will last as long as the medication is within the bloodstream, it will take longer to feel fully awake, and it is recommended that you bring someone with you to take you home.

IV sedation is along the same lines as oral sedation except the medication is given to you through an IV. This method works much faster, as it is a direct line to your bloodstream and allows your dentist to adjust the dose of medication during the procedure to control the level of sedation. This method also requires you to bring a person with you to take you home.

While not as commonly used, general anesthesia is the method of sedation in which the medication given to you will either make you almost unconscious or completely unconscious during the procedure. This is usually done during oral surgery or major procedures that will take some time to complete. It will take awhile for you to wake up as the medication wears off, or the dentist might give you additional medication designed to awaken you from your sleep.